Sharp and pointed outgrowths are ubiquitous in nature where they serve a range of purposes. Many have either defensive or offensive functions and are used to capture prey or deter predators by mechanically induced injury, adhesion, or poison delivery. Others are involved in buoyancy control, light scattering, and social interactions; including ornaments used in combat with rivals over territory or access to mating. However, the overarching class of designs that allows for the combination of seemingly antagonistic criteria of function, safety, and economy, are poorly understood.

This paper provides a new perspective on the physics of stinging. Living organisms use stingers that vary in length L over eight orders of magnitude; from a few tens of nanometers to several meters, across a wide array of biological taxa. Despite the extreme variation in size, their structure is strikingly similar; however, the mechanism responsible for this remarkable morphological convergence remains unknown. Using basic physical arguments and biomimetic experiments, we reveal a unifying mechanistic principle characterizing their resistance to buckling by deriving a relation which links their length, base diameter d, elastic modulus E, and friction force per unit area μp. This principle can be framed simply as d ∼ (μp/E)^(1/3) L. Data from measurements on viruses, algae, marine invertebrates, terrestrial invertebrates, plants, terrestrial vertebrates, marine vertebrates – as well as man-made objects such as nails, needles, and weapons – are consistent with our predictions. 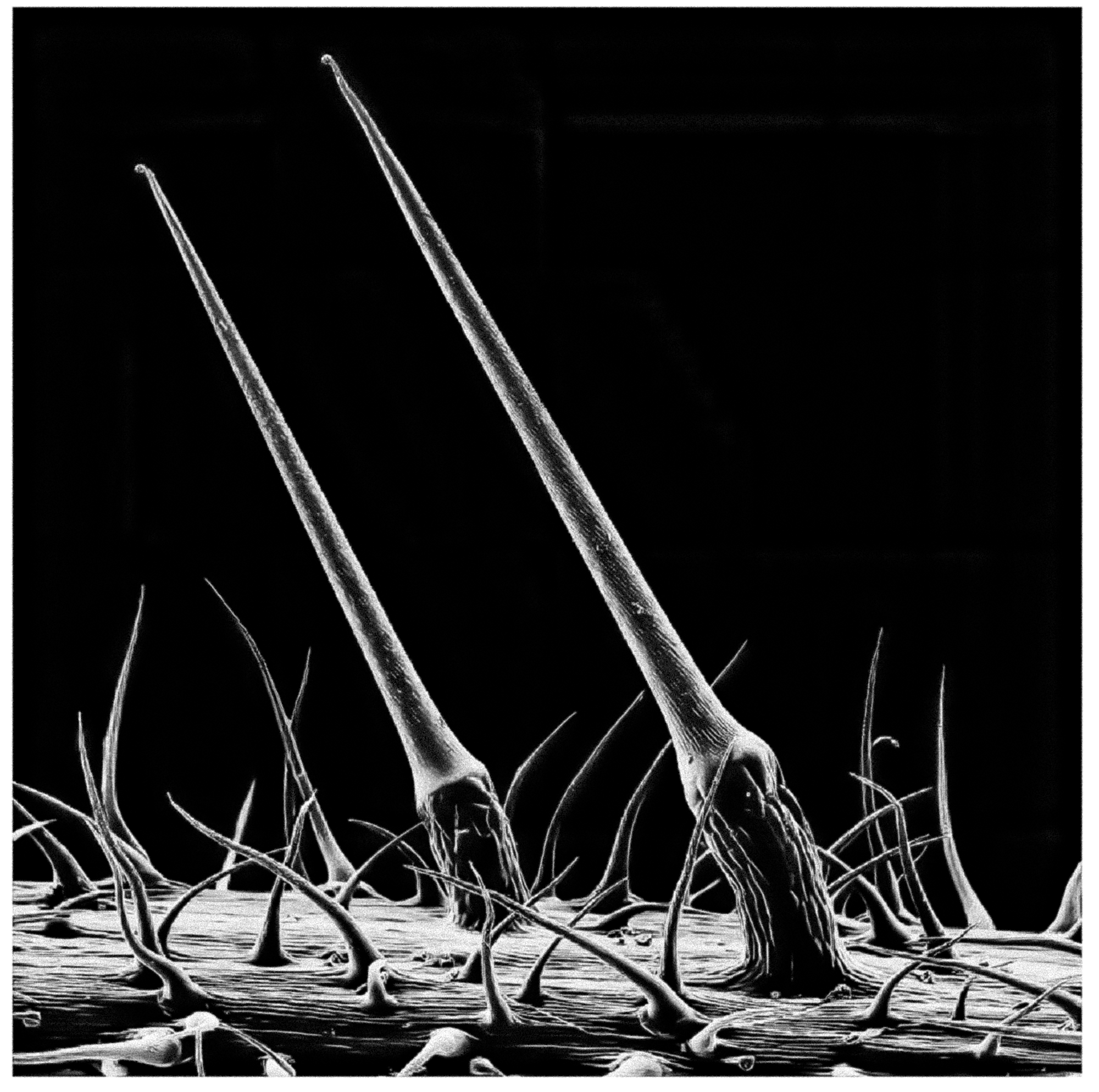 Stinging nettles employ hollow needle-like stinging hairs constructed from silica, the mineral from which we make glass, and they are filled with poison. The stinger length is approximately 1 mm. Scanning electron micrograph. Credits: Katrine S. Haaning and Kaare H. Jensen 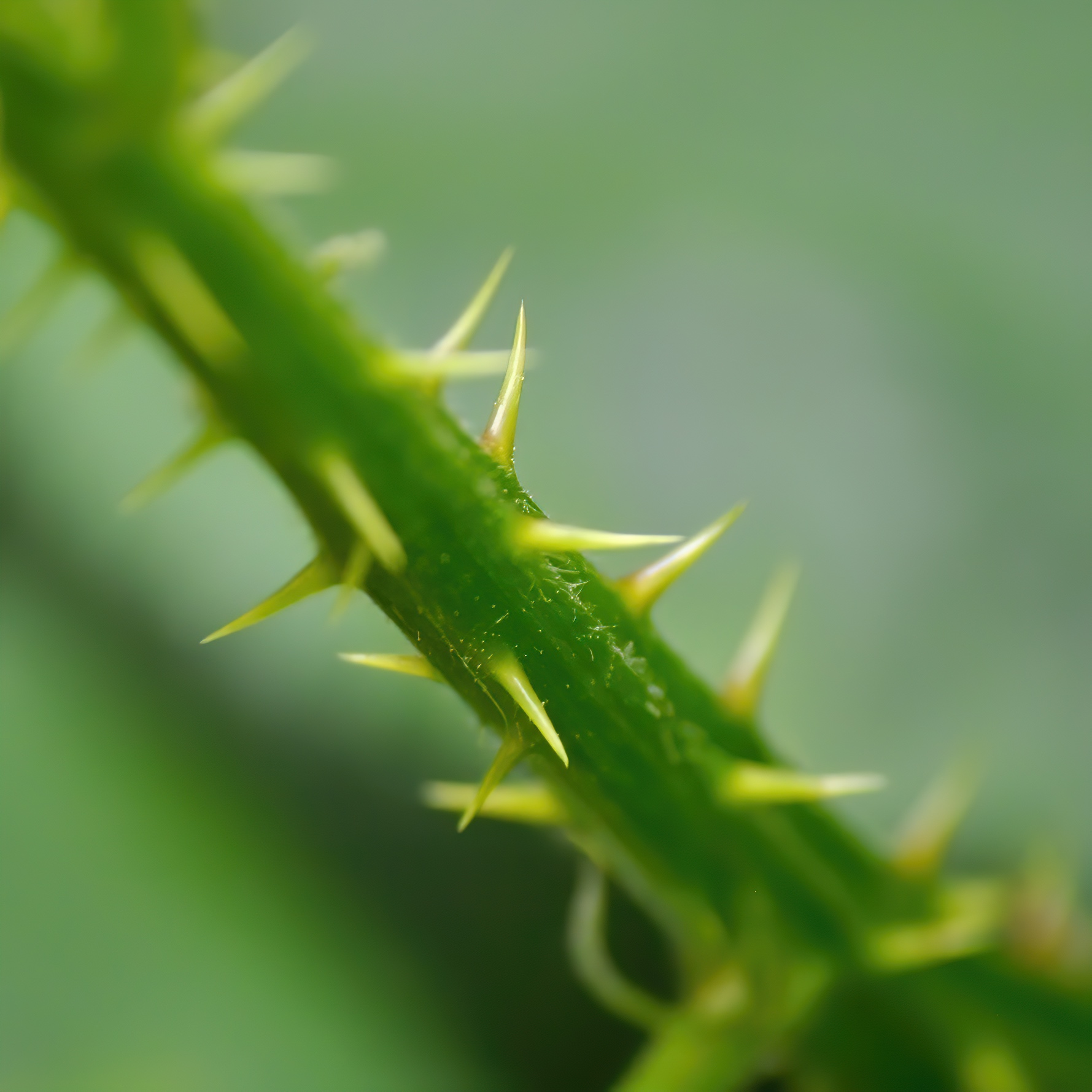 When a column is subjected to a load, it will fail (buckle) when the force exceeds a critical threshold. The point of failure depends on the material properties of the beam and the shape. Strongly tapering stingers are most unstable. Credits: Katrine S. Haaning and Kaare H. Jensen